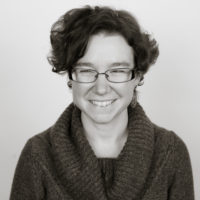 I am a Senior Lecturer in Social Anthropology in the University of Manchester, UK, and Editor of Central Asian Survey. During the 2016-17 academic year I am on leave from Manchester as a Research Fellow at the Institute for Advanced Study/ Kulturwissenschaftliches Kolleg at the University of Konstanz.

My research focuses on the way in which state space and state categories (of legal and illegal residence; of citizen and non-citizen; of ‘titular’ ethnic group and national minority) are produced and ruptured in everyday life. I have been particularly keen to explore these questions in sites where the authority of the state has been open to contestation. This has led me, since 1999, to conduct research in Kyrgyzstan, Uzbekistan and Tajikistan, and more recently with Kyrgyzstani migrant workers in Russia. In my doctoral research I explored the everyday work entailed in ‘bordering’ the state in two regions of the Ferghana valley where everyday life has come to be transformed by the materialisation of new international boundaries. This project explored the interactions between border-guards, customs officers, traders, herders and border-crossing ferrymen through which a judicial boundary is practically enacted. In so doing, I sought to take the production and contestation of territorial integrity as an anthropological problem.

During my RCUK research fellowship I updated this research for publication as a monograph with Cornell University Press called ‘Border Work: Spatial Lives of the State in Rural Central Asia‘ and worked on two edited collections: the first on ‘Movement, Power and Place in Central Asia and Beyond‘ (Routledge 2012), the second a co-edited volume, on ‘Ethnographies of the State in Central Asia: Performing Politics‘ (Indiana University Press 2014). I also began work on a new project that explored the vast ‘grey zone’ between legal and illegal residence and labour for Central Asian migrant workers in Russia. This project focused on the dense and frequently shifting network of administrative regulations that determine the legality of residence and labour as well as on the ways that this space of indeterminacy is lived.  This led me to an interest in the affective dimensions of bureaucratic encounters and in the relationship between political disillusion and state-desire.  With Mateusz Laszczkowski I edited a special issue on this theme in Social Analysis entitled Affective States: Entanglements, Suspensions, Suspicions.

I have recently begun work on two follow-up research and writing projects: the first a collaborative research project with Dr. Gulnara Aitpaeva examining infrastructures of conviviality and contention in rural Central Asia, funded by the Wenner Gren Foundation for Anthropological Research; the second an ethnographic introduction to Central Asia pitched at an undergraduate audience for a new ‘Anthropological Insights‘ series with the University of Toronto Press.